Historical castles, palaces, twelve monuments on the UNESCO World Heritage List, famous spas and the characteristic approach to life in Czechia – this is the country of our southern neighbors. Both the local cities and the dazzling nature can bring out a tourist’s sigh of delight.

Prague is the capital and largest city of the Czech Republic, beautifully situated on the Vltava River, known as the pearl in the crown of the Habsburgs. The entire historic city center has been inscribed on the UNESCO World Heritage List. The Old Town is full of red roofs, church towers, pubs, cafes and theaters. Here, each stone has a separate, fascinating history that is just waiting to be discovered … Hradčany, Charles Bridge, Mala Strana and many other places are a must-see.

Hradčany is a huge castle complex with numerous museums, exhibitions and residential interiors of former monarchs. The most famous elements here are the cathedral of St. Vitus and the Golden Lane. The cathedral is the seat of the Archbishop and Primate of Bohemia, and the place of rest of the country’s most eminent rulers. Mala Strana is a district around Hradčany. In this district is located the Charles Bridge, recognized all over the world. Another such monument that every tourist knows is the Orloj – astronomical clock in the Old Town. A moment of respite can be found in one of the numerous cafes on Wenceslas Square.

The second city in the Czech Republic that can be strongly recommended is Kutná Hora, located about an hour from Prague. Called the “city of silver” and the “state treasury”. Due to its historical importance and magnificent architecture, the city center has been also inscribed on the UNESCO World Heritage List. Symbols of Kutna Hora is the unique church of Saint Barbara and the Chapel of Skulls – one of the three chapels of this type in Europe.

When it comes to natural attractions, it is worth getting to know Adršpach – the Rock City full of various formations that may remind everyone of something else. The walking trail leads through both wide roads and narrow crevices/cracks, you have to climb high rocks (calmly, take the stairs), and you can also take a boat trip on the lake.

The Czech Republic still hides many secrets, you can easily spend a week here. Further, south-east of Prague there are Moravian vineyards and more surprises.

Supplementing the program by the group’s choice: additional visits to the interior of the facilities, extended sightseeing of Prague with further districts and additional attractions or a trip to in another place (Kutna Hora, Adršpach) 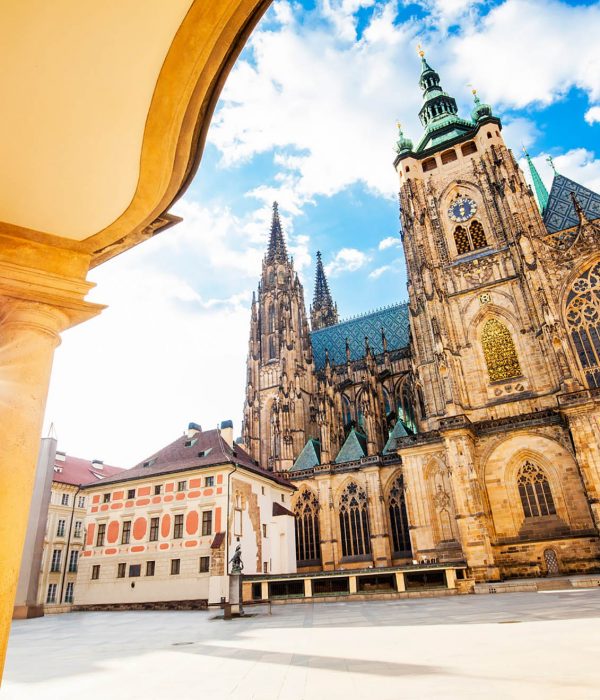 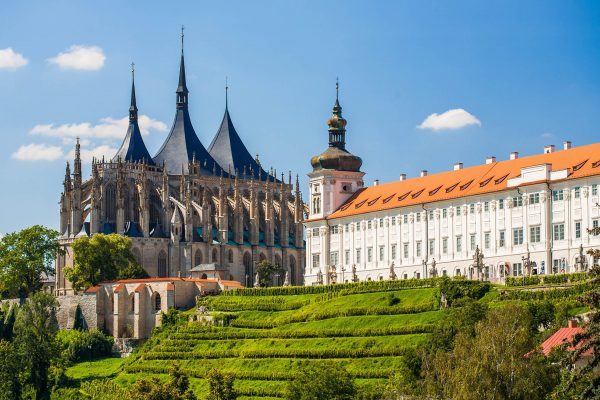 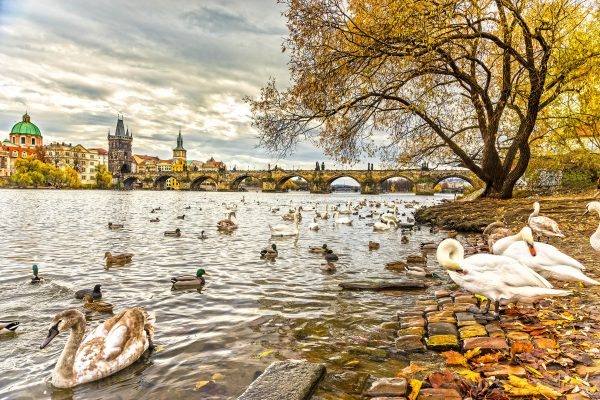 Trip to Adršpach – a walk through the Rock City

Walk around Kutna Hora, visiting the underground museum of silver

Visit to the vineyard

Supplementing the program by the group’s choice: additional visits to the interior of the facilities, extended sightseeing of Prague with further districts and additional attractions or one day more in another place (Moravy, Valtice-Lednice, Brno)